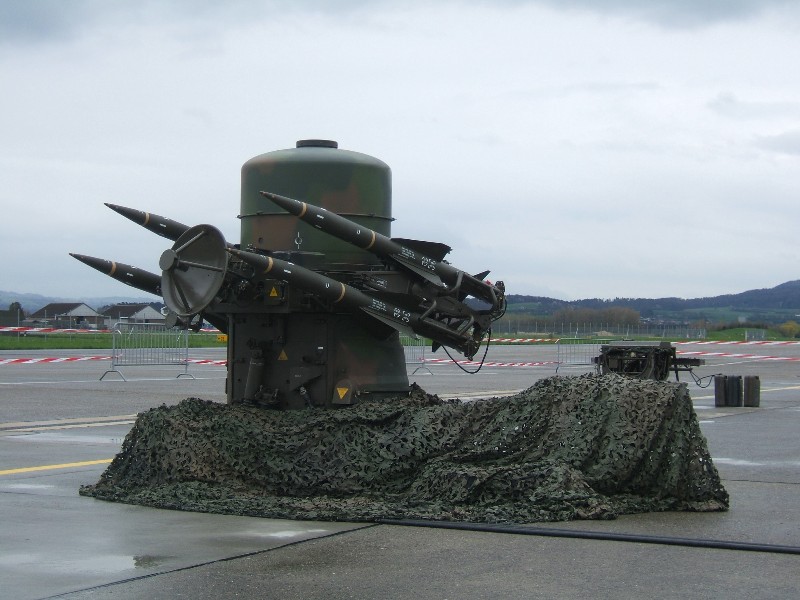 Rapier is a British surface air to missile developed for the British Army and Royal Air Force. As the expected air threat moved from medium-altitude strategic missions to low-altitude strikes, the original Rapier took the form of a wheeled launcher with four missiles, an optical tracker unit, a generator and trailer of stores. The launcher consists of a large cylindrical unit carrying two missiles on each side, the surveillance radar dish and  Identification friend or foe (IFF) system under a radome on top, the guidance computer and radar electronics at the bottom, and a prominent parabolic antenna for sending guidance commands to the missiles on the front.