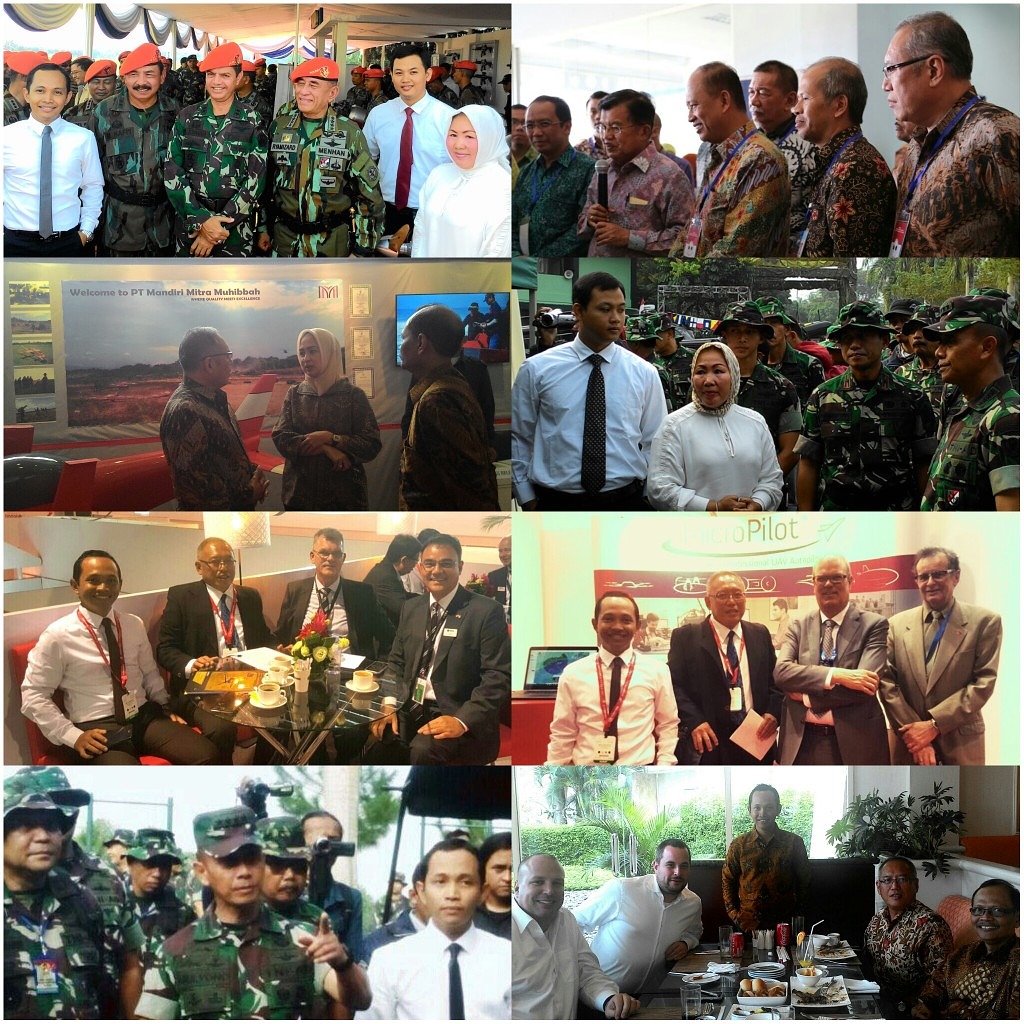 He is the President Commissioner of M-3, and also one of the founders who established the company back in 2002. Prior to M-3, Budi was working at PT Radio Frequency Communication, where he built cooperation with the Indonesian Military with main focus on the Indonesian Military communication and weapon systems. Prior to that, he was working at Fairchild Semiconductor from 1979 – 1986.

He is the President Director of M-3, who responsible to lead the company and overview all business activities to reach company’s goals and objectives. Prior to M-3, he was working at PT Radio Frequency Communication from 1986 – 2002. He started his career in PT Radio Frequency Communication as TDMA System Engineer, and continued to be promoted as QA Senior Manager and responsible in maintaining the quality of products and services.

He is the Director of M-3 since 2011, with main responsibilities include managing the company’s daily operation, applying proper management systems, as well as developing strategies to continually grow the company and providing the best services and solutions for customers.

Beka holds a Master Degree in 2011 from Technische Fachhochschule Berlin – Germany, majoring Industrial Engineering, with thesis research on PT Mercedes-Benz Indonesia, focusing on the company’s Integrated Management Systems. During his study in Berlin – Germany, he was also trusted to become the speaker during a seminar at the Indonesian Embassy, where he delivered a presentation about Leadership. He holds Bachelor Degree from Trisakti University, Jakarta – Indonesia, majoring Industrial Engineering, graduated in 2006.

Prior to his career in M-3, he was working  at PT Sharp Electronics Indonesia for 3 years, where he focused on marketing and promotion. He is also actively involved in several associations/organizations, including in one of  Indonesia’s National Political Parties, member of German-Indonesian Chamber of Industry & Commerce, Member of Advantage Austria Chamber of Industry & Commerce, and in the alumni network of the Beuth Hochschule für Technik Berlin.

He is the Vice President Technical Operations who responsible for production and repair activities, starting from initial stage until finalization and delivery of products & services to customers.

He joined the company in 2006 and started his career as a Junior Electronic Engineer. He was transferred to QA Department in 2010, and promoted to become Production & Repair Manager in early 2012, he was promoted to become Vice President Technical Operations in early 2019. He was graduated from the University of Indonesia, majoring Electrical Engineering.
He also got many opportunities to attend several courses and classes that mainly focus on  Leadership at Prasetiya Mulya, Effective Communication Skills at Proxis Group as well as Project Management also Strategy & Operation at International Business Management Institute Berlin, Germany.

Prior to M-3, he was working at PT Ford Motor Indonesia as a Marketing.  He was graduated from Trisakti University, Jakarta – Indonesia, majoring Management, graduated in 2010. He also got opportunities to attend courses and classes that mainly focus on  Leadership & Finance at Prasetiya Mulya.