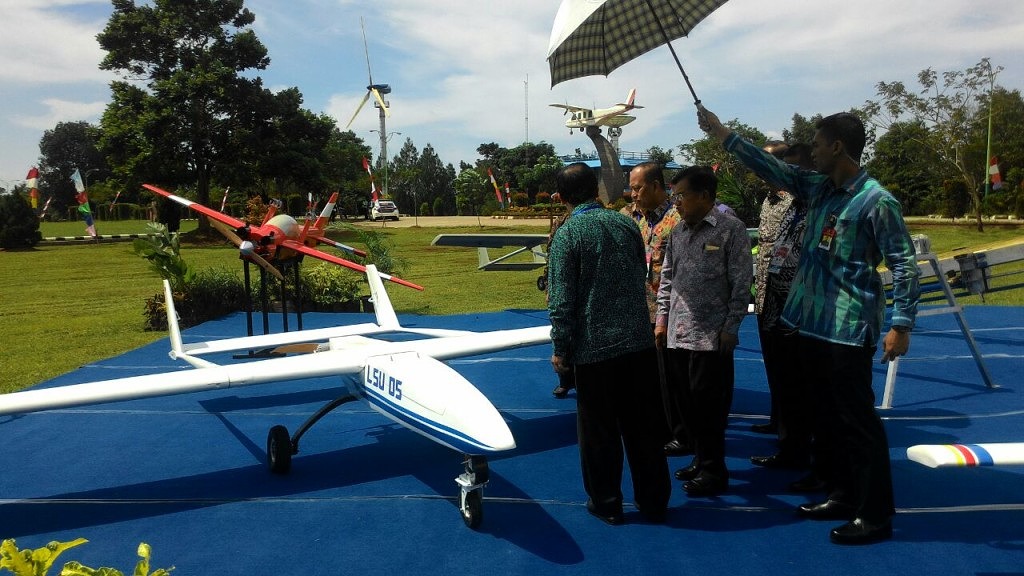 Jakarta, 20 June 2016 – PT Mandiri Mitra Muhibbah (M-3) participates in the opening of Science and Technology Development Program for Aeronautics and Space for the Monitoring of Natural Resources and Environment Event, held at the LAPAN Center of Aeronautics Technology. The event that was also attended by the Vice President of the Republic of Indonesia, Mr. H.M. Yusuf Kalla, M-3 is showing one of its Unmanned Aerial Vehicle (UAV) that was produced under the partnership between M-3 and LAPAN, M3LSU03. M3LSU03 is one UAV with special specifications that include autonomous with video streaming feature and able to record video up to 21 km.

M-3 is one of the companies that has signed an MoU with LAPAN for the implementation of technology and science in Indonesia. The MoU signing ceremony between M-3 and LAPAN was held during the National Innovation Forum 2015 event that was conducted at Puspiptek, South Tangerang, Banten.

Since the MoU signing ceremony last year, M-3 has been active in workng together with LAPAN in producing UAV, which is M3LSU03, with specifications and ability that are continue to be improved through on-going research and examinations.

“M-3 and LAPAN continue to work together in the development of UAV technology, and we hope that the UAV technology that we have been developing (M3LSU03) can provide great benefits and supports for the autonomy of the main tools of weapon systems (Alutsista) in Indonesia. We have strong commitment to keep developing this technology to continue improving the competence of research and industry and reduce our dependancy to foreign products,“ said Beka Masinggil M.Sc., Director of Operations of PT Mandiri Mitra Muhibbah.